Steel and hard plastic moulds are manufactured in accordance with dimensions and tolerances stated in the relevant standard. Four part body and attached to the base with a robust clamp, steel moulds are designed to be durable, corrosion resistant and easy to clean.

Our plastic moulds manufactured from robust plastic are one piece and easy for field use, the specimens are ejected from the moulds by compressed air. The following types are available:

There is a possibility to produce other types of moulds upon request. 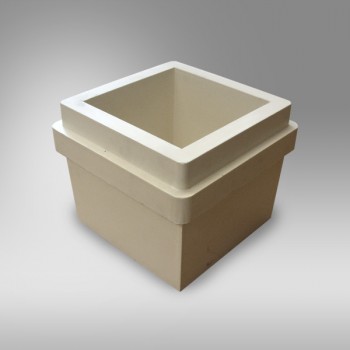